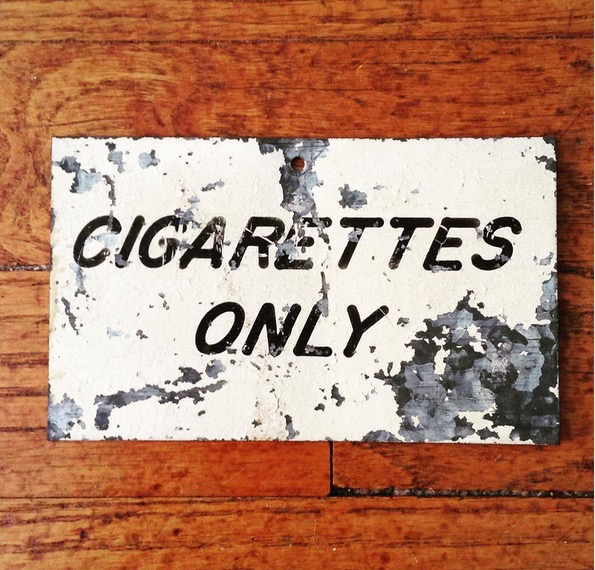 I think it was called Fire Watch. I was in the U.S. Air Force, stationed at Ft. George G. Meade, an Army base in Maryland. Occasionally, we would be chosen for some duty that had nothing to do with what we were there for. I was tapped for Fire Watch in a former hospital, an old wooden building being partially used as a barracks, with several empty, abandoned wings. Every hour, I carried around a time clock about the size of a canteen, going from station to station, inserting each station’s key, which punched the location on a paper tape, just so they knew I’d been there. For the first few hours, I passed through evening life in the barracks, people reading, listening to the radio, but it got odder as the night went on. After Lights Out, everyone was sleeping, and I was the only thing moving. And in the empty, abandoned wings, it was just me and a flashlight, and squeaky floors. Around 2 a.m., it got kind of spooky. But on one of my rounds, in one of the old, empty wings, I saw a sign on a wall where a butt can had once hung. (A butt can, for those of you not accustomed to barracks life, was usually a large, empty juice can that had been painted flat red or gray, half filled with water, and hung on the wall to receive, and quench, cigarette butts; emptying the butt can and refreshing the water was an ideal job for the lowest ranking occupant of the barracks.) The sign was government property, but it was also a piece of folk art, abandoned, unappreciated. I set my flashlight on the floor, pried the sign off the wall and put it into my pocket. It has followed me from apartment to apartment, house to house, for about 46 years now. Yesterday, it asked to be on the Internet.