It began with a gift from a friend who was helping to clean out the house of a man who died without heirs. My friend saved an oak-framed picture from the dumpster and gave it to me. A couple of months later, I was looking on the Web for information on an artist and on the same page as the artist I sought was the picture on my wall. Its title was “Solitude,” and the artist’s name was Angelo Asti. A French artist from an Italian family, he worked in Paris, mostly, but spend some time in Cincinnati, Ohio, working for a lithographer. And he came to know the principals at Brown & Bigelow, selling them their first image of a beautiful woman and inadvertently becoming the Father of American Pinup Calendars.

So I went to eBay, to see if perhaps I could find an Asti postcard, and saw the one above, the same image as the print hanging in my office. And in the other works up for sale, there was another postcard, one that I already owned, a gift of another friend years ago, a Russian postcard, with another Asti beauty. And they were in the same room. 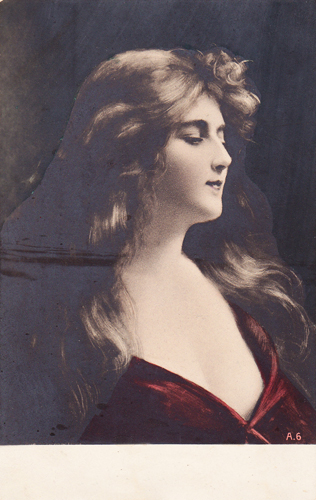 And farther down on eBay, an Asti illustration for a Job cigarette paper advertisement, and even a plate. 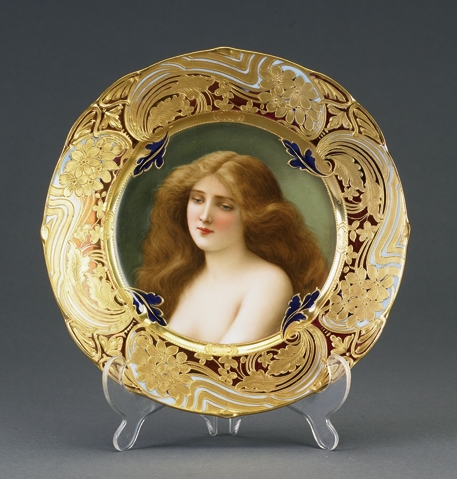 And then, oh my gosh, a beer tray by Asti. And it was not just any tray, but one that I had owned back in the 1970s, before some difficult times had prompted me to part with all my beer stuff. I clicked on the tray, to take a closer look. There was a picture of the front of the tray, with the Asti artwork and the name of the brewer, and then a picture of the tray’s back.

A note from the seller said that someone had put a hanger on the back, and taped it into place, almost an apology. And I looked at the picture, and recalled putting that hanger and tape on, and realized I was looking at my tray. Not just a tray like mine, but mine. The one I had owned. A tray I hadn’t seen in 40 years, and there it was. On eBay, waiting for me.

I bought it, again.

She arrived a few days later. I ran my fingers over the tape on the back, still nice and secure, flipped the tray over and smiled at her image, and said, “Hello, darling. You’re home.”