The doctor, concerned about my grandfather’s heart, ordered him to leave the room when the Friday Night Fights came on the television. Following the doctor’s instructions to the letter, Grandpa Braun left the room, stood in the hall and watched from the doorway, shadow boxing and puffing.

I was in the room, on the sofa, my Buster Brown shoes not yet reaching the floor. I loved television, regardless of what was on, because we didn’t have a TV at home. I don’t remember much of the fights, but I can still hear the ringside bell and sing along with the Gillette jingle, “To look sharp!” 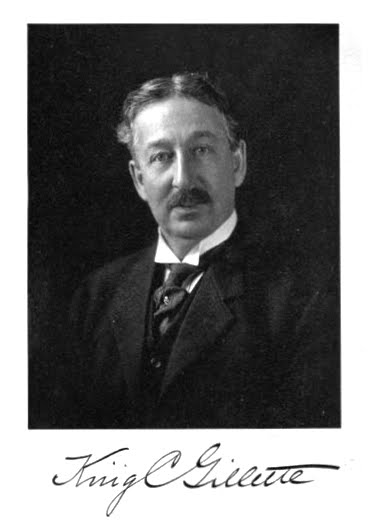 I owe this memory to King C. Gillette, who made a fortune as the first to sell an inexpensive safety razor with blades stamped from sheet metal. He sold the handle at a loss, and the disposable blades at a handsome profit. In 1903, he sold 51 razors and 168 blades; the next year, he sold 90,000 razors and 12 million blades. By 1915, razor sales topped 450,000 and blade sales passed 70 million.

Gillette believed in the power of branding and advertising. His face was on every package; his ads were brilliant and everywhere.

King C. Gillette died in 1932, but his brand still thrives and the memories are still golden.

Sharpie the Parrot sings “How Are You Fixed for Blades?”