On September 1, 1939, the morning the German army invaded Poland, the postal workers at the Polish post office in Gdańsk delivered more than mail.

There was a lot of history behind the 1939 invasion of Poland, and specifically the invasion of Gdańsk. The borders of Poland had been redrawn many times since its birth in 997 AD. In fact, in 1793 the borders were erased entirely and Poland ceased to exist on paper, its territory being divvied up by Prussia, Russia and the Hapsburg Empire of Austria. At that time, the Polish postal service, which dated from 1654, also ceased to exist.

It was not until 1920, in accordance with the Treaty of Versailles that ended World War I, that Poland was once again made a nation. A clause in the treaty guaranteed Poland access to the Baltic Sea, with a corridor that led to the port of Danzig, or Gdańsk as it was known to the Poles; the port was declared a “Free City,” neither German nor Polish. However, 95% of the population of the city was German and many of these Germans did not welcome their loss of sovereignty.

Polish postage stamp for use in Gdańsk

The first Polish post office in Gdańsk was established in 1920, to shepherd mail and parcels to and from the port to Polish territory, but it was not open to the public.

On January 5, 1925, the Polish Postal and Telegraph Office (shown above) opened its doors to the public in Gdańsk and its mailboxes were put up in the city. The first night, the mailboxes were defaced with paint, and oil or tar were poured into mail receptacles. In the weeks and years to come, letters posted to “Gdańsk” were not delivered by the Germans because they were not addressed to “Danzig.” In the mid-1930s, with the rise of Nazism in Germany, the harassment took on a more strident tone.

Then, on August 25, 1939, the German battleship Schleswig-Holstein dropped anchor in the “free port” of Gdańsk, and in the early morning hours of September 1, Germany invaded Poland from the west, south and north. In Gdańsk, the German battleship opened fire on the Polish garrison at Westerplate, and at the same time Danzig policemen and local units of the S.A. and S.S. with armored cars moved to occupy the Polish post office building.

The Poles, however, had anticipated a German attack. Inside the building, 52 postal workers armed with pistols, rifles, three Browning machine guns and three boxes of hand grenades repulsed the first attack, hoping that they would soon be relieved by the Polish army. At 11 a.m., the Germans began firing on the building with 75mm artillery pieces at almost point blank range, but a second assault was also repulsed. At 3 p.m., the Germans called for a cease-fire and demanded the surrender of the postal workers, who refused.

For almost 15 hours, a handful of postal workers had held off the German police, the S.A. and an S.S. unit with field artillery. 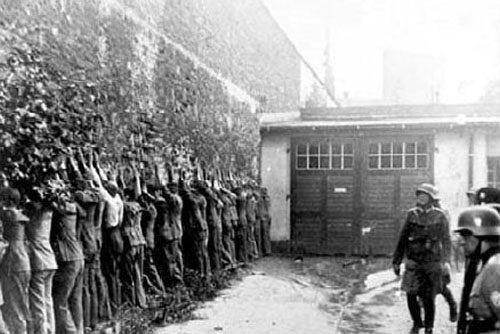 Among those who died were the building’s janitor and his 10-year-old daughter, who lived there. More men died from their burns and wounds in a hospital. Those who survived were interrogated and then tried by the Wehrmacht for being “illegal combatants,” with an S.S. attorney acting for their defense. The janitor’s wife was acquitted; the postal workers were sentenced to death. They were executed by an S.S. firing squad on October 5, 1939, and buried in an unidentified mass grave.

After the war, the prosecuting attorney who demanded the death penalty and the judge who passed sentence on the men were never charged or tried. They were “de-Nazified,” and enjoyed successful careers as attorneys, dying peacefully in the 1970s.

In 1979, a memorial to the postal workers was raised on the site. Their remains were found in 1991 and re-buried in a cemetery for victims of Nazism. They are remembered as heroes. 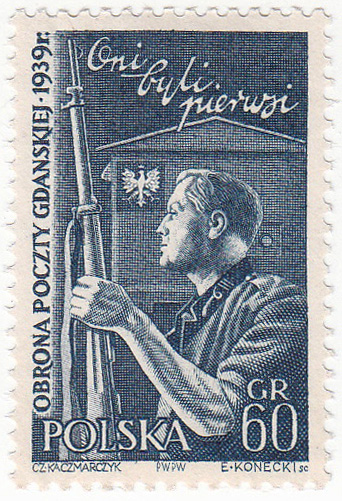 ← Hazel
For a More Perfect Union →