The pages of polo history are filled with interesting people, even in the footnotes. Browsing the winners’ list of the Pacific Coast Open, you might breeze right by J.C. Besley; he only appears once, winning the trophy in 1913 with the Coronado Country Club. His teammates were all better known: Malcolm Stevenson and C. Perry Beadleston had won the U.S. Open in 1912 playing with Cooperstown, and Stevenson was destined for the U.S. Polo Hall of Fame. Maj. Colin Ross was “the father of polo” at Coronado.

Born in London in 1874, James Campbell Besley spent his boyhood in various corners of the British Empire, including South Africa and Australia, then back to England for Eton and Oxford, returning to Australia for a degree at the Broken Hill School of Mines in New South Wales. After two years with a mining company, he joined the rush to the gold fields of Kalgoorlie and Coolgardie in western Australia, made a bundle, sold out and went to the Klondike gold rush 10,000 miles away. In the first six months, he took out a quarter of a million dollars worth of gold, and spent 12 more months adding to that sum. He also saved two men from death by cold and starvation, and was honored by the naming of Besley Creek.

At the outbreak of the Boer War, Besley returned to England to enlist, was commissioned as one of “Kitchener’s Flying Scouts,” and sailed for South Africa. Upon arrival, he was tasked with carrying dispatches across 120 miles of Boer-held territory to General Sir Baden-Powell who was besieged at Mafeking. This Besley and a companion did, walking or crawling the entire distance, evading Boer patrols and passing through enemy lines numerous times; they then made the equally perilous return journey, again on foot, often without benefit of food, water or sleep.

After the war, Besley remained in Africa long enough to draw up a geological report of uncharted territory for Cecil Rhodes and go on a hunting trip; he then returned to the Klondike to sell his interests and turned his gaze to Mexico, where he made another fortune mining silver and copper, and running a 50,000 acre cattle ranch, in spite of rebel raids during two revolutions.

Having picked up polo at Oxford, Besley began playing in Southern California in 1907, captaining the Hermosillo team, named for the headquarters of his mining company in Mexico’s Sonora province. And thus, we find him in 1913 playing for the Coronado Country Club and winning the Pacific Coast Open with a fabulous string of horses and two ringers from the east coast. 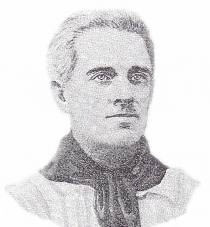 Where would you have gone from there? In July of 1913, J.C. Besley chose Peru and led an expedition that penetrated the wilds to the headwaters of the Amazon, then rafted down the river 4,000 miles to the Atlantic Ocean.

Along the way, the group discovered three lost Inca cities, found the bones of two earlier explorers who had been eaten by cannibals, fought their way out of an ambush, lost members to malaria, black-water fever and the bite of the deadly Uta fly, lost horses to vampire bats, battled snow at 12,000 feet at Lake Titicaca, and took the first motion pictures of Machu Picchu (which had been discovered two years before by Professor Hiram Bingham of Yale).

In February of 1914, Besley returned to New York City with a small monkey named Changa who telephoned room service from Besley’s suite at the Waldorf. The New York Times reported, “Capt. Besley will stay here three or four days, and then go to California to play polo.”

Something of an epilogue: The original film footage and artifacts brought back by the Besley expedition were stolen in New York, so Besley led a second expedition to Peru, retook the footage, and returned in October of 1914 with new film and two mummies. While approaching New York harbor, Besley’s ship, the Metapan, was rammed and sunk by the Iowan, but Besley managed to save his cargo. Two films were released: The Captain Besley Expedition (1914); In the Amazon Jungles with the Captain Besley Expedition (1915), directed by Franklin B. Coates, with photography by  J.H. Holbrook.

← Baba Blackshirt
How to Make a Stone Chess Board →