Given my passion for the post office, it’s no surprise that I love mail boxes as well. I especially love pictures of mail boxes and friends.

The one that started it all, a photo of artist Theo Tilton next to a giant mail box in Louisiana. Roland Sweet notes, “In the fall of 1986, Theo and I were exploring back roads in Louisiana. We were driving along U.S. 65 between Ferriday, home of Jerry Lee Lewis, and Tallulah, when we spotted Ben Burnside’s big mailbox in Tensas Parish. I started to snap the picture, then realized I needed some reference to show how big it is. Theo obliged.”

My future niece-in-law, Ritsuko Hatano, at a classic pre-war mailbox in the countryside of Japan. Shot with a Casio cellphone camera by Sean Winship, May 2004 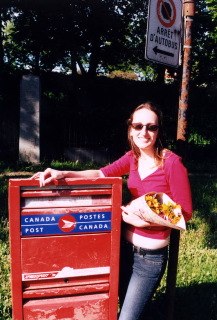 ”Waitin’ for the Man” — Roanoke Island, shot with a pinhole camera by Gregg Kemp, April 2004

Zoe Zenowich next to a Hrvatska Posta mailbox on the island of Hvar, Croatia, August 2004 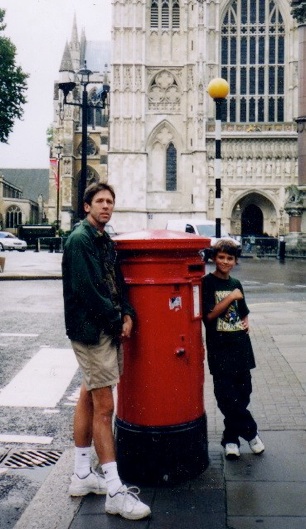 Robert Blades and the oh-so-debonair Willie in front of Westminster Abbey, London, summer of 2004. 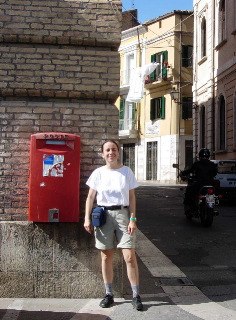 Lorraine Woerner, October 11, 2004, in Casalbordino in Abruzzo, the town where her Grandma Leone was born and lived until she was 21.

Abbie Winship in Quito, Ecuador — “Ciudad, Interior, Exterior: In the City, within the country and out of the country” — December, 2004.

Lee Baker at The Lizard, the southernmost tip of England, May 2005.

Chris Welsh stands within 15 feet of the mailbox at the Williamsville, VT, Post Office. 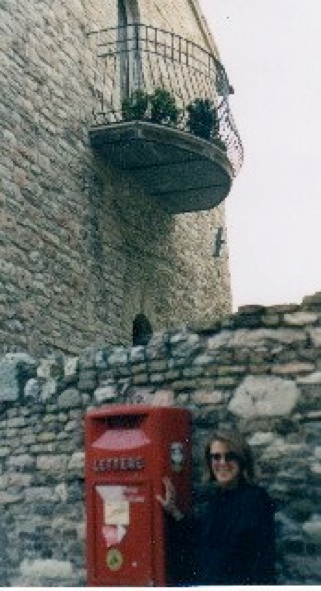 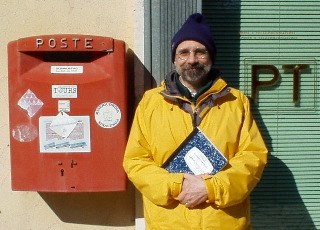 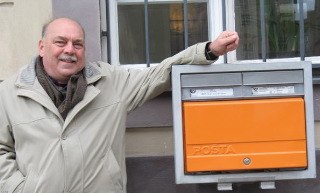 In January 2008, Tim Byrnes takes a break from the World University Debate Championships at Assumption University in Bangkok. Photo by Tyrell Haberkorn. 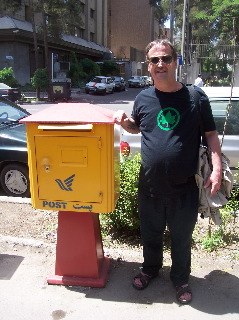 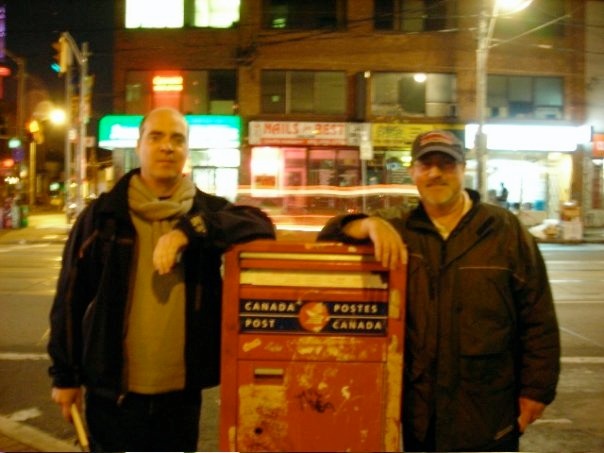 Paul Cormack and Peter Rafalow after an evening of fine dining, in Toronto, November 2008. 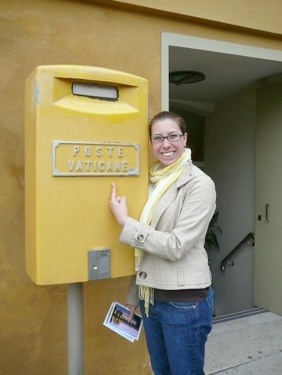 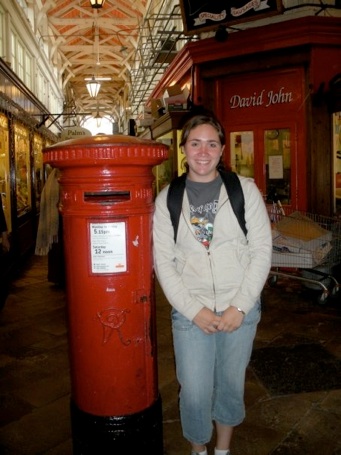 Lauren Dickinson of Corpus Christi College by a pillar box in Oxford, 2009. 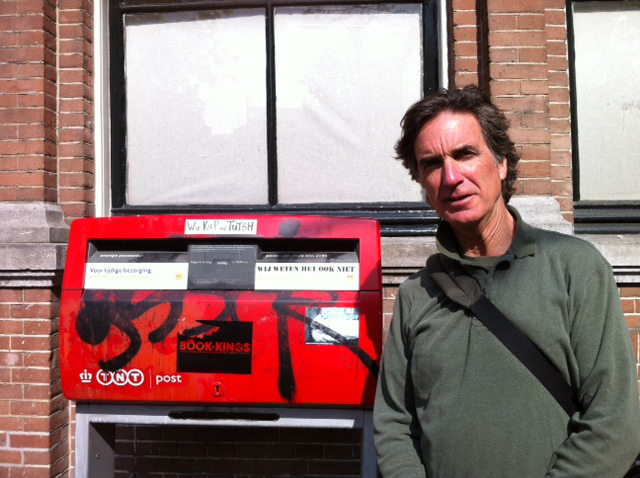 Holland in Holland! Holly Gregg pauses by a mailbox in Amsterdam, May 2012; photo by Patience Brewster. 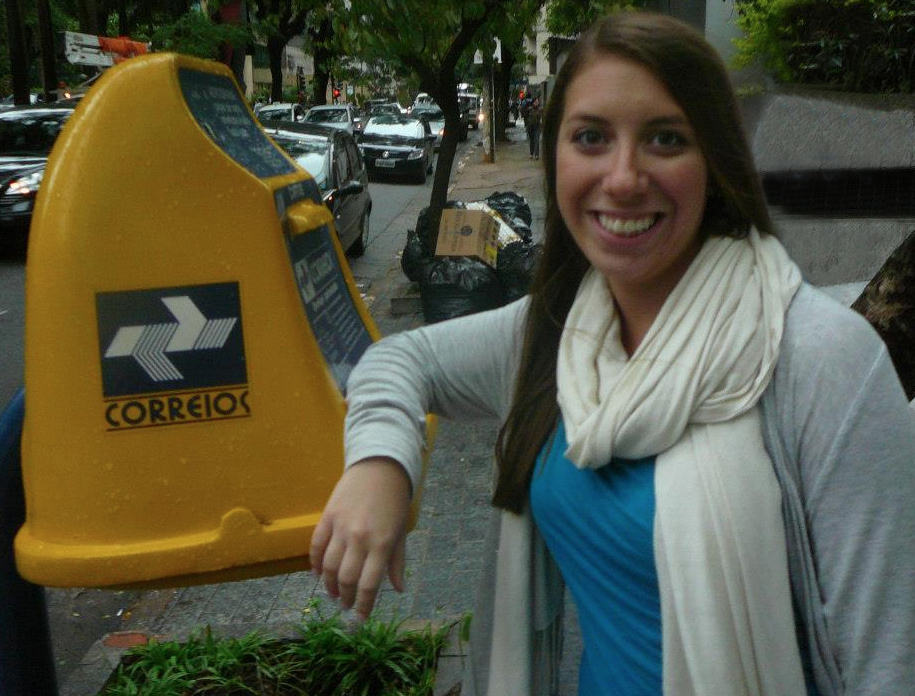 Mariya and Bella Rose by a pillar box at EPCOT, Florida. 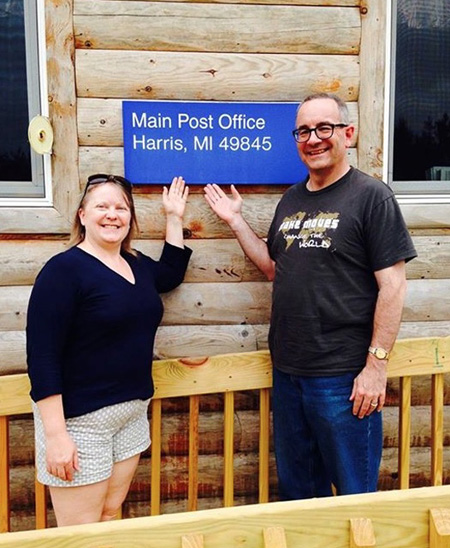 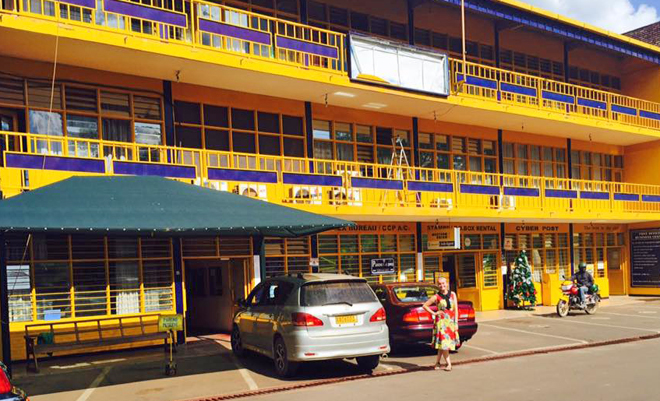 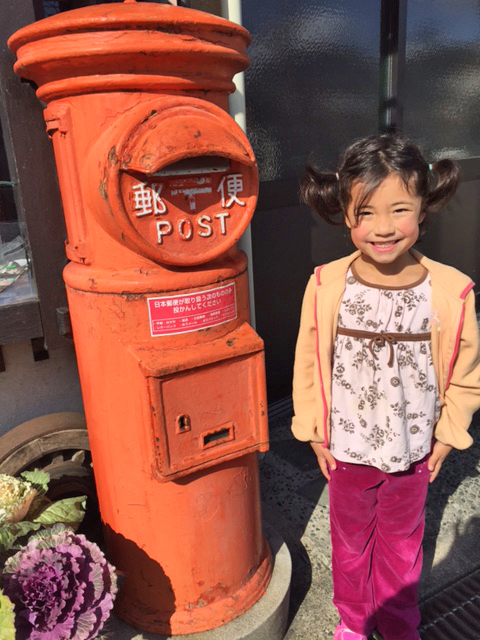 My grandniece, Ellie, at a Japanese post box, shared March 2017.

The one, the only Angela Poccia and her proud father at the Vatican, July 2017. 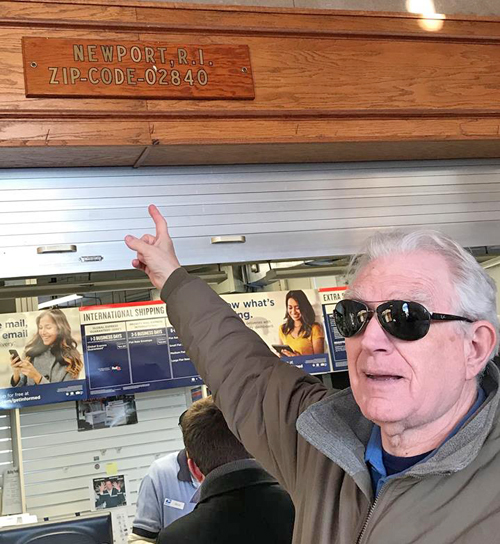 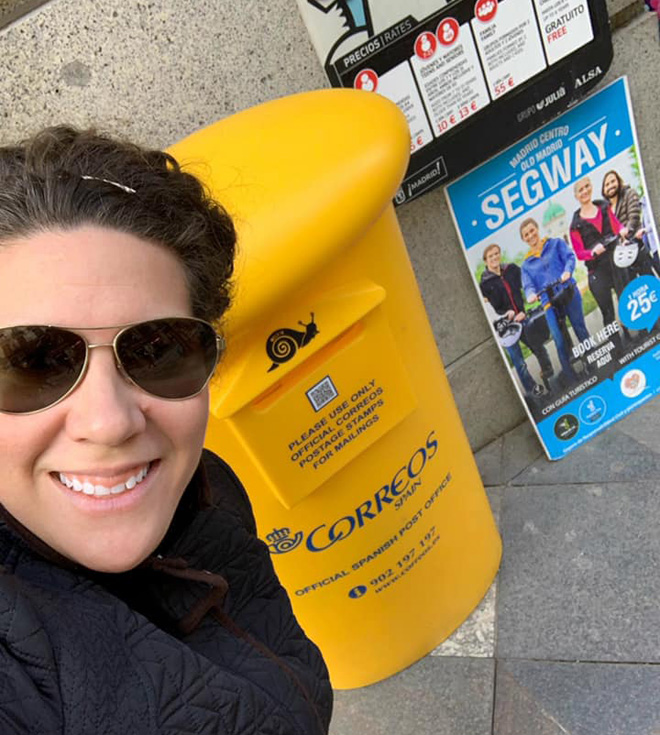 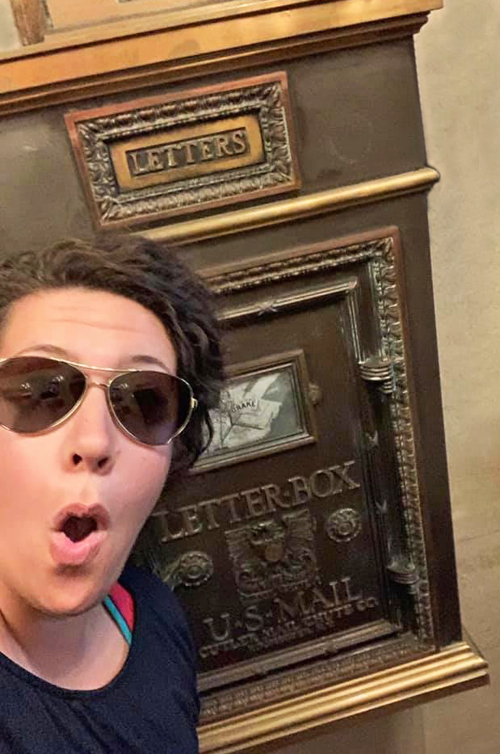 My grandniece Ellie, at the Fairmont Le Château Frontenac in Quebec City