I anticipate a chorus of agreement when I say that no library is complete without a generous portfolio of books on sumo. 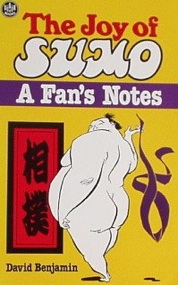 In 1995, when I still had hair for a ponytail, I found myself on the streets of Tokyo with my nephew, Sean, who said, “Don’t worry about what you do. They think you’re crazy already.” So for all you crazy barbarians out there, you hapless gaijin, I begin with The Joy of Sumo: A Fan’s Notes by David Benjamin (Rutland, Vermont & Tokyo, Japan; Charles E. Tuttle Company; 1991). More than a great sumo book, more than a great sports book, this is a great book. The world would be a better place if this book had as wide a distribution as the Gideon Bible. This is the book for those who want to laugh all the way to understanding and enjoying the sport without worrying whether the referee is barefoot, wearing socks, or wearing socks and sandals, and what that means. Benjamin loves and knows sumo, and by the end of the book, you will love the sport and Benjamin’s writing. 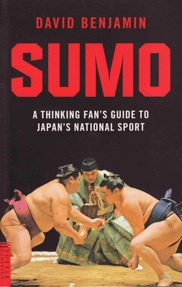 And just when you thought life couldn’t get any better, a new edition has appeared. Sumo: A Thinking Fan’s Guide to Japan’s National Sport was published in 2010. Benjamin very helpfully divides sumo wrestlers into four categories: Jocks, Hippos, Butterballs and Cabdrivers, and in describing one Hippo’s mobility, notes, “There are escalators that are shiftier.” 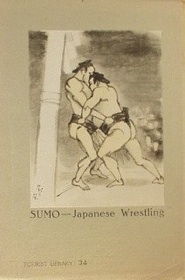 For unintentional humor, I love Sumo — Japanese Wrestling, Tourist Library: 34 by Kozo Hikoyama (Tokyo; Board of Tourist Industry, Japanese Government Railways; 1940); it is a very serious primer on sumo and “the Japanese race” for English-speaking tourists. But talk about the left hand not knowing what the right hand is doing. Hello; it’s 1940; Japan has already invaded China; President Roosevelt has cut off American oil; the Imperial Fleet is polishing its plans for an attack on Pearl Harbor, and across town, the Japan Tourist Bureau is wooing Western visitors. The author even uses the phrase “flying visit.”

Irony aside, this is a very nice book, with almost 100 sepia-tone photos, including snaps of sumo fans Charlie Chaplin and Jean Cocteau. Kozo clearly knows his stuff. I see this one from time to time on eBay, where it goes for about $30. Worth every penny. 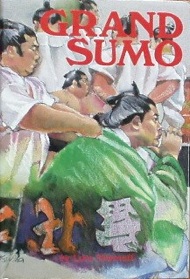 Grand Sumo: The Living Sport and Tradition by Lora Sharnoff (New York and Tokyo, Weatherhill, 1989) is for the sumo nerd and I mean that in the most respectful way. This is a graceful, comprehensive, enthralling guide to the sport. A must-have sumo book with black & white illustrations by Lynn Matsuoka, who is the Mary Cassatt of sumo. 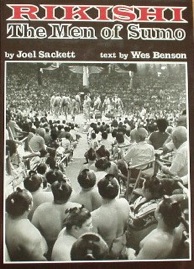 Rikishi: The Men of Sumo by Joel Sackett with text by Wes Benson (New York and Tokyo, Weatherhill, 1986) delivers a gut understanding of what the life of a sumo wrestler, a rikishi, is truly like. Sackett’s color and black & white photographs are beautiful, gritty and evocative, and Benson’s text does them justice. There’s even a recipe for chanko nabe. A magnificent volume. 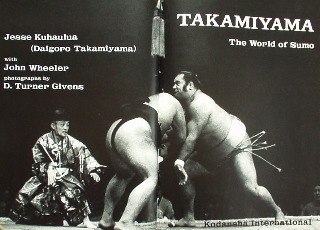 Takamiyama: The World of Sumo by Jesse Kuhaulua with John Wheeler (Tokyo, Kodansha International, 1973) is an autobiography of a Hawaiian who enters the world of sumo and works his way to the top, winning the Emperor’s Cup in 1972. Great glimpse into the world of sumo; inspiring story as well. And hey, I’ve got a signed copy. Life is good. 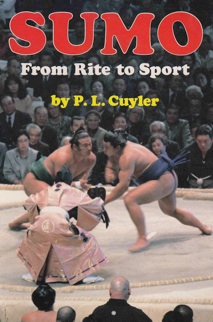 If you’re looking for a good, solid history of sumo, Sumo: From Rite to Sport by Patricia L. Cuyler (New York and Tokyo, Weatherhill, 1987; revised edition) should be just the ticket. Extensive history, loads of black & white illustrations, bibliography, index, a thoroughly enjoyable and professional job. 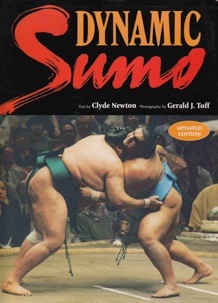 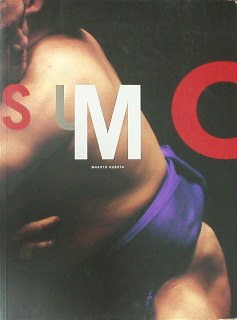 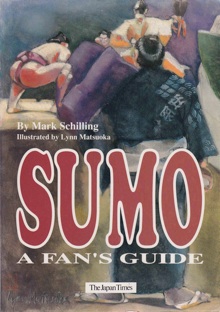 If you’re looking for a guide to watching sumo, there are many to choose from, with illustrations of the primary sumo holds and throws. Mark Schilling’s Sumo: A Fan’s Guide (Tokyo, Japan Times, 1994) benefits from illustrations by the aforementioned Lynn Matsuoka. 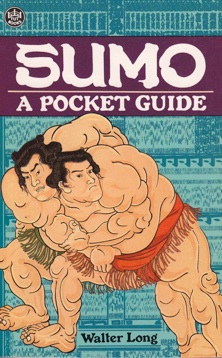 Sumo: A Pocket Guide by Walter Long (Rutland, Vermont and Tokyo; Charles E. Tuttle Company, 1989), with photographs by Joel Sackett, and Sumo Watching by Tsutomu Kakuma (Tokyo, Yohan Publications, 1993) are compact guides that will help the novice get a grip. There is also The Essential Guide to Sumo by Dorothea N. Buckingham (Honolulu, Bess Press, 1994).

In this genre, I am also partial to the peppy vernacular of Sumo: The Sport and the Tradition by J.A. Sargeant ((Rutland, Vermont and Tokyo; Charles E. Tuttle Company, 1959) written by a Brit with a love of the sport and a flair for sports writing. Another good book is by New Zealander Doug Kendrick, The Book of Sumo: Sport, Spectacle, and Ritual (N.Y. & Tokyo, Weatherhill, 1969). 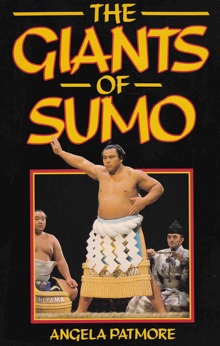 The Giants of Sumo by Angela Patmore (London, Queen Anne Press, 1990) focuses on biographies of many, many sumo greats. 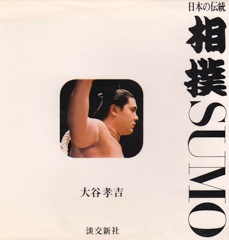 Sumo by Otani Koukichi (Tokyo, Tanko-shin-sha Company, 1965) is a gem, with a short English introduction and the remainder given over to the author’s photography of sumo wrestlers; this is his passion. He writes, “My camera is a Nikon F. The lenses I use are F4 x 200 mm, F 2.5 x 80 mm, and F 2.5 x 105 mm. These lenses are sterilized with an infrared lamp and fatty substances on them are removed. In the old days the sword was considered as the soul of a warrior and was kept sharp and brilliant. Now the camera is the soul of the cameraman.” 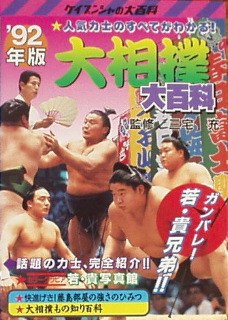 I have no idea; my nephew sent it. More to come, as I collect and read them. 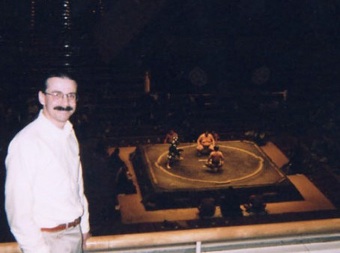 Lastly, the collector on site: Kihm Winship by Sean Winship, at the Kokugikan (Hall of National Sport), Ryogoku, Tokyo, Japan, Wednesday, May 17, 1995.